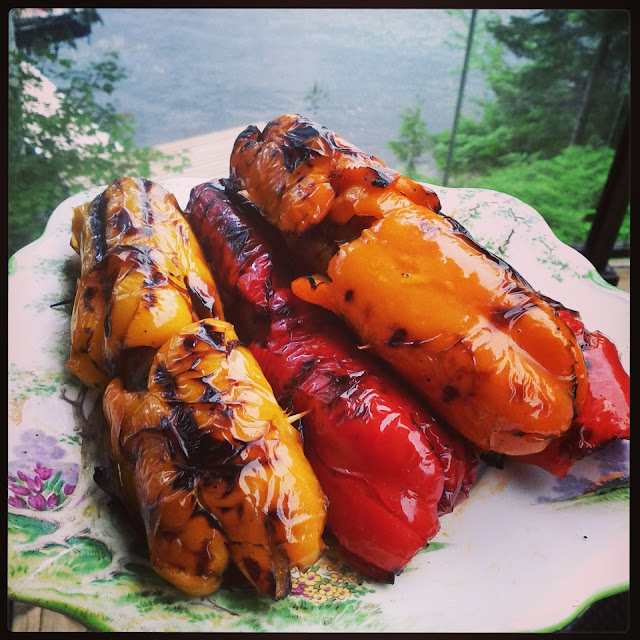 This is a basic alternate method to prepare the Roasted Red Pepper and Sausages recipe I posted a while back here. In this version that we made on the bbq at the cottage we carefully cut and seeded the peppers, keeping them in one piece. 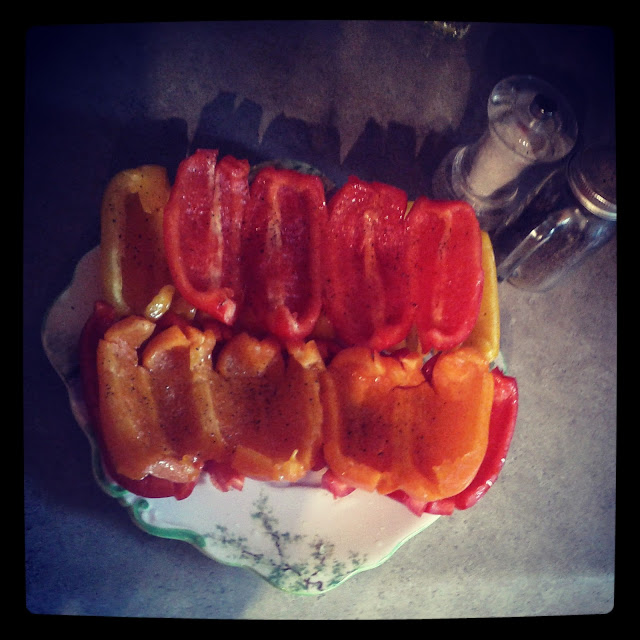 We then pre-grilled the peppers and sausages. 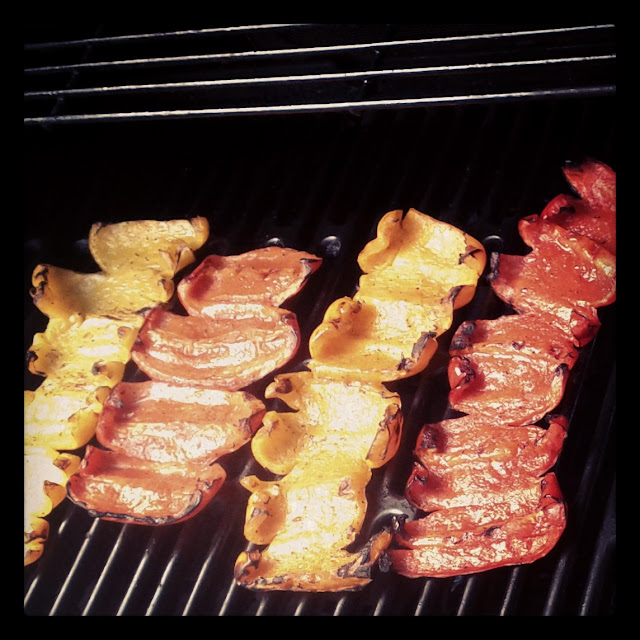 After that we wrapped the peppers around the sausages, securing with toothpicks and gave them a few additional minutes on the bbq to finish up. Remove the toothpicks before eating. 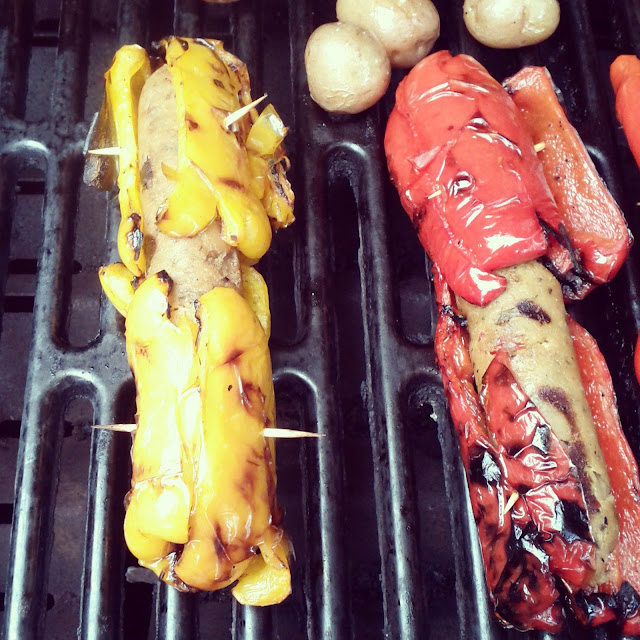 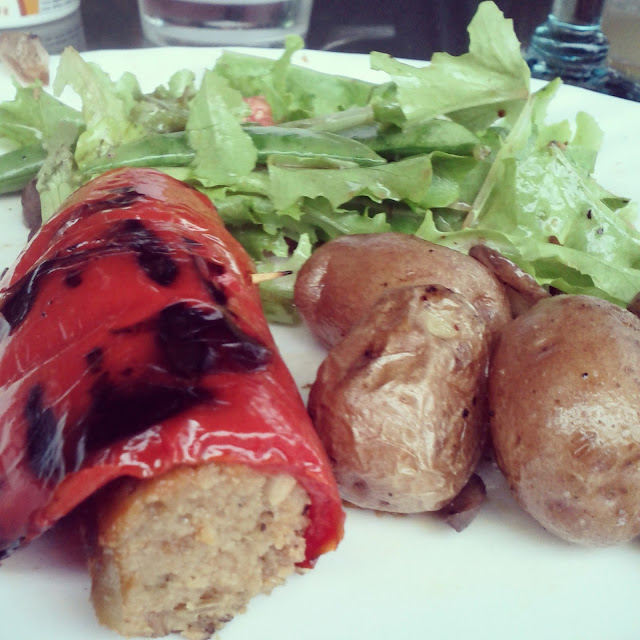 If you haven't heard there is a new vegan sausage on the market. The brand is called Field Roast and they make very tasty, soy free, vegan grain meats including sausages, franks, roasts and slices. Check them out. 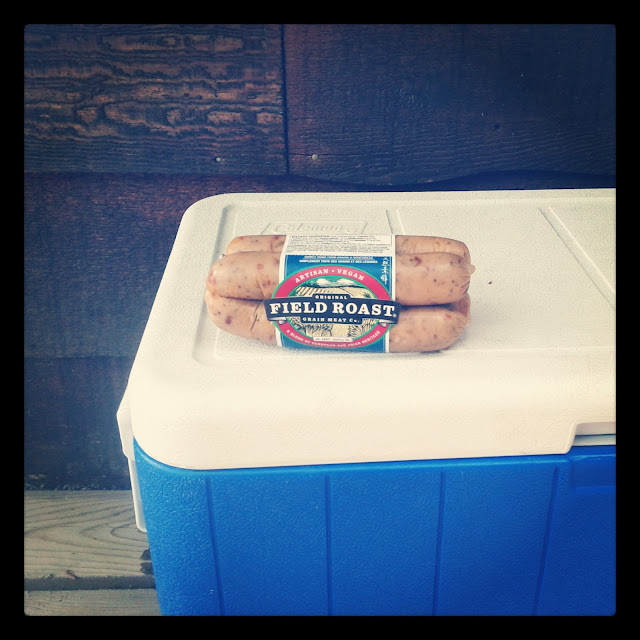 Posted by campy campersons at 8:53 PM

campy campersons
We like camping. When we camp we eat vegan food. We love campfire cooking. We thought we would share some options other than veggie dogs. There are other options! This is a blog with recipe ideas, tried and true recipes, adapted to camping and even some of our own unique ones. It is not a list of salads. Though salads are wonderful things to take camping. Prepare them and throw them in a ziplock or container. These are not space food recipes for camping in the bush for weeks. You will need some supplies for these recipes: knives, can openers, a cutting board, etc. They are car camping recipes for campers enthusiastic about campfire cooking. We encourage your own variations and ingenuity to any and all recipes so you can work with what you have, and like. That's the camping spirit!